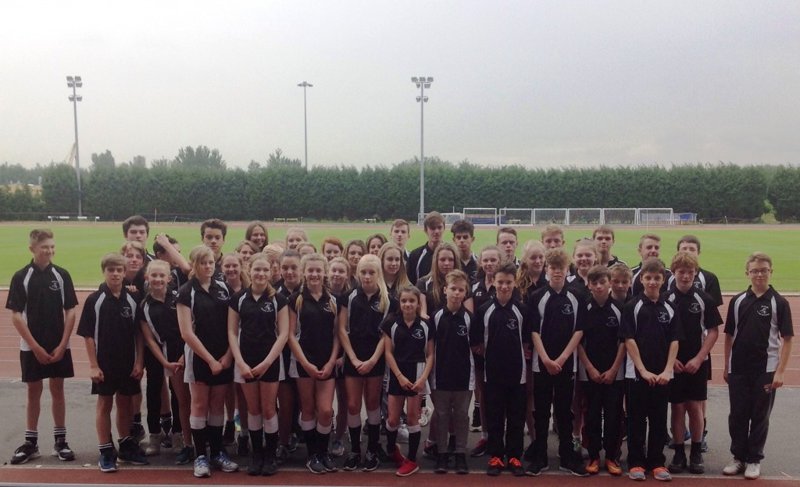 A huge congratulations to all our athletes who represented the school so well on Friday 26th June. Their fantastic performances have led to us being crowned the District Athletics Champions!

Our U16s team put is in a great position after their competition a few months back and it was then down to the U14s team to perform on the day to maintain the lead and win the overall competition.

The competition was held at Robin Park Stadium in Wigan this year which was a fantastic venue for athletics. The weather was wet in parts but it didn’t dampen the Balshaw’s spirit and some brilliant performances led us to victory by a clear 30+ points over arch rivals, All Hallows, who are a very tough school to beat.

Congratulations to all our school athletes and a special mention and well done to the pupils below who won their individual events and are themselves District Champions: