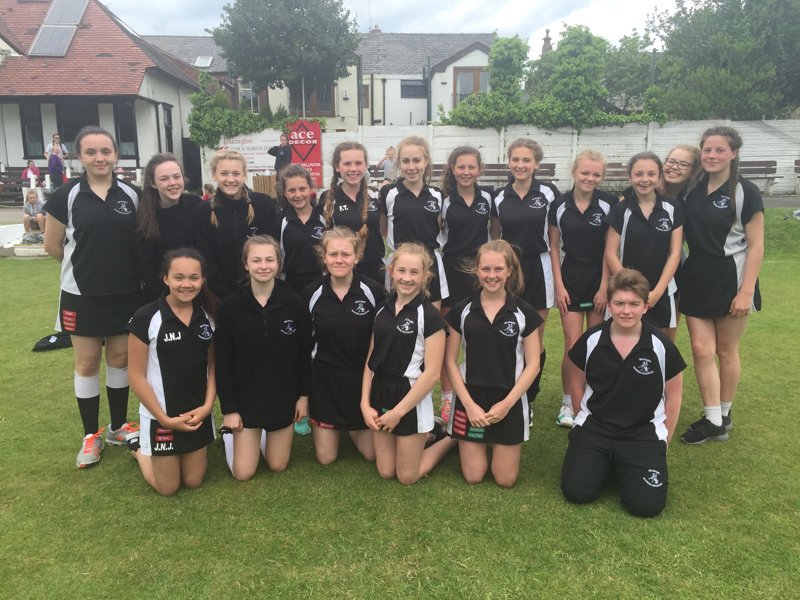 On a sunny Tuesday, the 24th May, the U13 and U15 Girls Cricket teams took part in the 'Chance to Shine' 8-a-side Cricket competition at Fox Lane Cricket Club.

During the competition, the girls faced teams from Penwortham Girls, All Hallows, Priory and Leyland St Mary's.

The U13 team, captained by Emily Atkinson, lost their first game against a strong Penwortham Girls side but won all of their other matches. Well done to the Girls who finished runners up! Rachael Procter, Kate Dutton, Emily Atkinson, Amelia Bowles, Jasmine James, Amy Brennand, Ellie Probert and Beth Kerr.

The U15 team, captained by Phoebe Wragg, had a similar start, losing by just 1 run to Penwortham Girls. They then won the rest of their games, against Priory ​and Leyland St Mary's to become group winners. This set up a final against All Hallows. The girls were comfortable winners and were crowned South Ribble Champions!