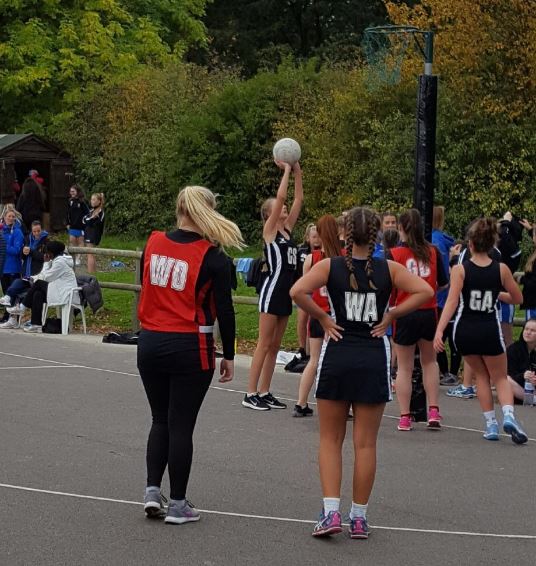 At the end of September, Mrs Lupton, Mrs Jackson and Mrs Fletcher took 26 of our netballers to our second PGL weekend at Boreatton Park in Shrewsbury for a netball tournament and activity weekend!

The weather did not dampen our spirits all all three teams (Year 8, 9 and 11) took part in netball matches and then a range of activities such as 'Leap of Faith', 'Giant Swing', 'Climbing' and 'Abseiling'.

The girls were fantastic as ever and in the netball, the Year 8 and 11 team managed to get through to the final, both losing narrowly and finishing runners up.

Well done to all involved and thank you for a wonderful weekend! Maybe one year we'll get some sunshine?!