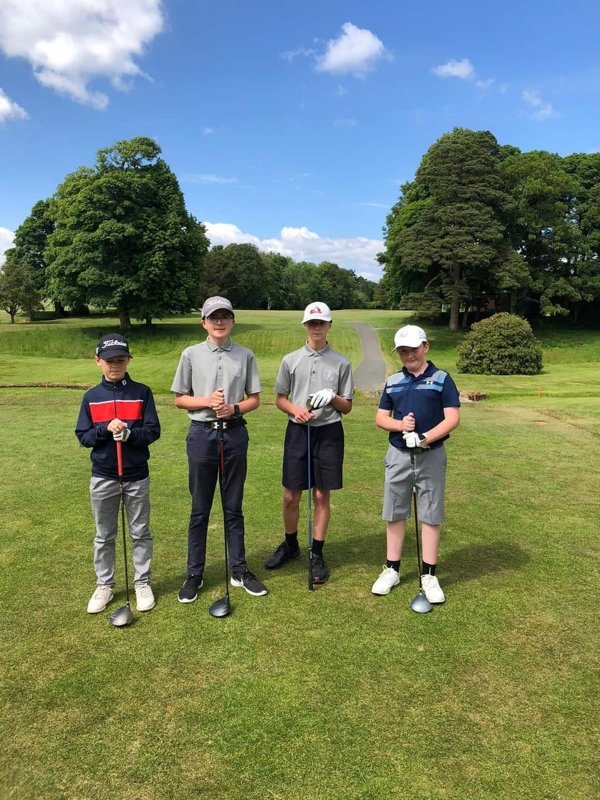 Over the past year, golfers from Balshaw’s have been competing in various competitions at Leyland Golf club, across Lancashire and even as far as Durham! In the beginning of April this year, Joshua Roscoe, Sam Waddington, Tom Bradshaw and Jack Waddington began their journey on the Northern Junior Golf Tour, playing at different clubs across Lancashire in a competitive format. Josh and Jack both managed to top their order of merits, and went on to represent Lancashire, playing at Ramside Hall in Durham; what an achievement!

Also, throughout the year, budding juniors from Balshaw’s have been playing in Junior competitions at Leyland, of which some of the junior ‘majors’ were won by Balshaw’s students, including Ewan Sutherland who won the President’s prize and Sam Waddington who won the first ever singles match play event, the Rigby Salver.

Josh and Sam have also been playing in various Junior opens throughout Lancashire, including championship courses such as: Formby golf club and St Anne's old links, building up their strengths in competition golf. You may remember that back in April this year, Josh and Sam also came 1st and 2nd in the Lancashire inter-school golf! What a year!

Finally, Josh Roscoe has been chosen as Leyland Golf Club’s Junior Captain next year, and we wish him all the best in his sporting journey throughout next year!

You can read more here: http://www.balshaws.org.uk/news/2021-04-22-balshaw-s-success-at-golf-championship